Share Topic
Report Content
We are a positive community for sharing your advice on managing the Coronavirus in your work-life. Help and advice are welcome; please be kind and keep it to the facts.
PP
BS
ZS
SR
MO
+165k
Albert Romig
Albert Romig
2 days ago
Report

I’m am looking for a change

Had to close my shop do to COVID-19

What kind of shop did you run Albert?

Looking for a in go,e position as a COVID contact tracer.

The toughest part about landing a job right now is...

Finding out what I want to do for three years until I can retire. Permanently laid off from previous job due to pandemic. Would like to do something fun and not so stressful

They are plenty of companies hiring, it is up to you to decide your path in the employment field. My advice is to think about what you can vision yourself doing and being happy doing it? Put your heart into it and go for it.

Forbes magazine's Jack Stewart shares some compelling news around unemployment benefits and what to expect when the stimulus boost expires this month.

See, answers to your questions about unemployment benefits and COVID-19 - Forbes Magazine

Are you experiencing unemployment claims challenges? Share your story, (please be specific).

Wear a Face Mask Or Not Wear One? After reading comments and answering questions regarding face mask here is my opinion. There are several possible routes to infection. An infected person can cough, sneeze or breathe while within about two metres of another person, and the virus lands in the other person's eyes, nose or mouth (1). Another route is when an infected person coughs or sneezes onto their hand or onto a surface. The uninfected person then shakes the hand (2a) or touches the surface (2b), and transfers the virus to their own eye, nose or mouth. It is possible that an infected person can also cough or sneeze to create an airborne spread (3) beyond the close contact range – but it is controversial whether this last route is a major means of transmission. We don't know how much transmission occurs by each of these routes for COVID-19. It's also unclear how much protection a mask would offer in each case. Current best evidence To resolve this question, we analysed 14 randomised trials of mask wearing and infection for influenza-like illnesses. (There are no randomised trials involving COVID-19 itself, so the best we can do is look at similar diseases.) When we combined the results of these trials that studied the effect of masks versus no masks in health-care workers and the general population, they did not show that wearing masks leads to any substantial reduction of influenza-like illness. However, the studies were too small to rule out a minor effect for masks. #workfromhome #coronavirus #healthcare #deliverydriver #jobsearch #ridesharedriver #hiringevents #foodservices 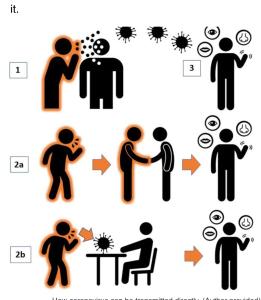 Masks are best at stopping the spread of the virus not preventing you from getting the virus. If both the transmitter and receiver wear masks ,I would think rate of infection would decrease. Trying to make sense in this senseless battle, Ford

Well listen I have sent you my resume and all of my information and you keep sending me back...jobs at Walmart different stores like that....there’s nothing wrong with those jobs but I am in the healthcare field and I am a registered nurse so please quit disappointing me by putting an ad up that says you’re hiring RNs and then when you go to look it is for McDonald’s,Walmart, Lowe’s and other stores like that .....this is real folks please don’t be jacking us around like that.... If the jobs you have are for McDonald’s put McDonald’s that saves other people and myself from wasting our time please be truthful....

The toughest part about landing a job right now is...Getting Hired due to COV19

I got laid off due to #coronavirus

My temp assignment was terminated early due to Covid-19. A lot of people are affected by the coronavirus. :(

A lot of jobs that were posted on job sites were put on hold, due to the Covid-19 virus situation. A lot of companies are just starting open back up and hire again, but many are hiring on a temporary basis (usually 3 - 6 months contract).

Someone helped me during the pandemic when they

I hate you...that’s how I feel about it. You discriminate against elder computer illiterate, technologically challenged, digitally disabled people like me (who has every door closed against him/her) and will never get a job again, because he/she is elder, can’t get on line or any such assistance . It’s like being swept under the rug like a cockroach. I hate you all of your perfect millennial, utopia, digitalized I-phone-in-your-eye balls generation , that is everything as intolerant and racist as prior generations. Where are my civic, civil , human, and United Nations rights. Silenced,

I definitely understand how you and others like you might feel excluded by the new online job seeking systems that have become so common today. Though these systems were ultimately designed to be more convenient to job seekers and employers, you’re very right to mention that, depending on your level of comfort with using this technology, online job seeking systems may make it much more difficult instead.

I really thank you for your honesty about how this makes you feel. I’d like to personally provide you with some information that may make using technology less stressful for you. I did a bit of research and found this excellent (and free) resource for you called Learn My Way. This website offers courses on every aspect of how to use computers and the internet so you can become more savvy and feel more confident when you look for jobs. You can click the link here to be directed to their website.

You may also be familiar with the AARP, who also have a great website dedicated to senior relevant topics and advocacy. Since this is a subject you are passionate about, I would recommend you check out their website by clicking the link here.

I really hope these resources can provide you with the skills you need to feel welcomed into the internet age, rather than excluded by it. Jobcase welcomes and includes people of all types and skill levels and we’re always happy to help and provide for our members.

If you are in need of further assistance, please let me know!

Oh, but wait there is still a need for real human interaction. What may I ask are your special skills.

So many Americans thought a prepaid debit card they received was a scam or junk mail that Treasury is sending out letters urging people to activate the cards, which were loaded with their stimulus payments.

The letter also tells people how to collect their money if they tossed the payment out by mistake.

To speed up the delivery of up to $1,200 in economic impact payments to individuals and up to $2,400 for couples made available under the $2 trillion Coronavirus Aid, Relief, and Economic Security (Cares) Act, the Treasury Department mailed prepaid debit cards to 4 million Americans.

The cards, sent in May and June, were issued by MetaBank and came in a plain envelope from Money Network Cardholder Services. There was no indication on the envelope that the correspondence was coming from the IRS or Treasury.

The problem was that people were expecting a check or direct deposit to their bank account. People didn’t get any communication that they would be getting a debit card instead. So, when the cards arrived, they thought it was junk mail. Others who had never heard of MetaBank thought it was a scam.

“Ideally, the IRS would have given people a choice about receiving their payment on a prepaid card to avoid this confusion, but I understand that they were trying to get as many payments out as quickly as possible, and using the prepaid card added to their capacity,” said Lauren Saunders, associate director of the National Consumer Law Center.

Like so many other glitches that have plagued the distribution of the stimulus payments, in part because the IRS has been short-staffed during the pandemic, communication has been woefully lacking. Confusion about the debit cards led the IRS to issue a release explaining the prepaid debit cards. #workfromhome #interview #hiringevents #coronavirus #deliverydriver #healthcare #ridesharedriver #jobsearch #application #foodservices

I would have been dubious about getting money from someone without any explanation of what was going to happen if I deposited the money. Probably your bank would have more insight as to what was going on. Hope everyone who deserves the money gets it, Ford

A job is like a flower, the more you care for it the better it grows. My thinking goes like this in relation to flowers and jobs. You take a plant and plant it. You water it, place it in the sun, maybe talk to it. Share thoughts with it and watch it grow. A Job is similar, you apply for a job and get hired. You keep an open mind to learn more about the job and watch it grow! #workfromhome #interview #coronavirus #hiringevents #healthcare #deliverydriver #ridesharedriver #jobsearch #foodservices #application 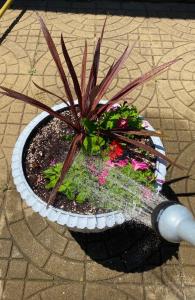