You just got called in for an interview for the job of your dreams.

But now your nerves are getting the best of you. Even when you have the qualifications necessary for a job, preparing for an interview is nerve-wracking.

What if you make a mistake? What if the interviewer isn’t impressed with your performance at the interview. You don’t have to be stuck with uncertainty. By preparing yourself appropriately, you can avoid the most common interviewing mistakes and have a more successful interview.

Here are some of the biggest interviewing mistakes you should be aware of, as well as how you can avoid them.

Why should you learn about interviewing mistakes?

When you know common interviewing mistakes, you can avoid them by preparing yourself in advance. If you think you’re at risk of making some of these mistakes, you can take the time to develop some strategies for yourself beforehand.

For example, if you tend to arrive late for other events, you can take steps to arrive on time, such as waking up earlier than usual and planning to leave as if the interview was actually half an hour earlier than it is. Even if you think you’re immune to making mistakes during your interview, you should still take some time to prepare for them. That way, you’ll put all the chances of the interview being successful on your side.

11 interviewing mistakes to watch out for

Here are some of the most common interviewing mistakes candidates make that you should know about before your next job interview.

1. Forgetting to prepare before the interview

Make sure not to wing your interview. There are several steps you should take to prepare yourself for the interview process.

For example, do your research on the company you’re interviewing for. What are their values? Who will be interviewing you, and what is their role in the company? You should also prepare by practicing your answers to common interview questions on your own or with a friend. If you trip up, you can try again without any risk.

Next, find out about the job you’re interviewing for. You can always ask for some clarifications during the interview, but you should seem somewhat aware of what the role entails. Be sure to have a clear understanding of the job description and the tasks that are listed that you’ll be doing.

Make sure to dress appropriately for the job interview, too. Choose something clean and ironed that looks professional. If you have long hair, make sure it’s out of your face.

If you arrive late for an interview, what does that say about how you will behave once you have the job?

Your employer will want to hire someone reliable because employee turnover is expensive, and it’s increasing at a fast rate. There's been an 88% increase in turnover since 2010, and it costs, on average, $15,000 to lose an employee to turnover. So make sure you appear reliable at the first impression.

It’s better to be early than to arrive late since there is no way to undo a late arrival. But you can ‘undo’ arriving early. If you show up too early, you should avoid entering the office and introducing yourself right away since you don’t want to seem too eager. Instead, have a coffee next door, wait in your car, take a walk, practice your response to some common interview questions or find another way to pass the time until no earlier than 15 minutes before your appointment.

Not using the right body language can make you appear uninterested in the interview. Use plenty of eye contact during your conversation with the recruiter. Make sure to smile and sit up straight. 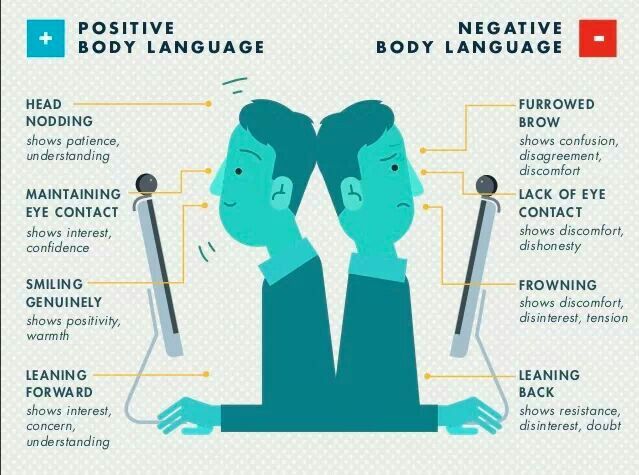 4. Taking out your phone

Your attention should be focused 100% on the interview.

Going on your cell phone doesn’t just show disinterest — it’s also disrespectful to the interviewer. There’s no excuse to take it out under any circumstances unless you're in a phone interview. Put your phone on silent and out of reach until the interview is over to avoid reaching for it out of habit or getting tempted to glance at a social media notification.

5. Giving too much personal information

Sharing some information about your personal life is okay if it’s relevant to the topic.

For example, your love of chess shows you have great analytical skills. However, you should avoid rambling too much about your personal life if it’s not relevant to the job or the current conversation. Staying on topic will show your potential employer that you’re able to focus and respect professional boundaries.

6. Speaking negatively about your past employers

Even if you disliked your previous employers, don’t mention this in your interview. Badmouthing past employers is unprofessional and shows hostility. It also shows that you may talk badly about your new employer, too. Remember that an interview is as much a test of character as a test of your skills.

7. Selling yourself too little or too much

Knowing how to sell yourself in an interview is a careful balancing act. Do it too much, and it seems cocky — too little, and you’ll fail to show your worth as a candidate. 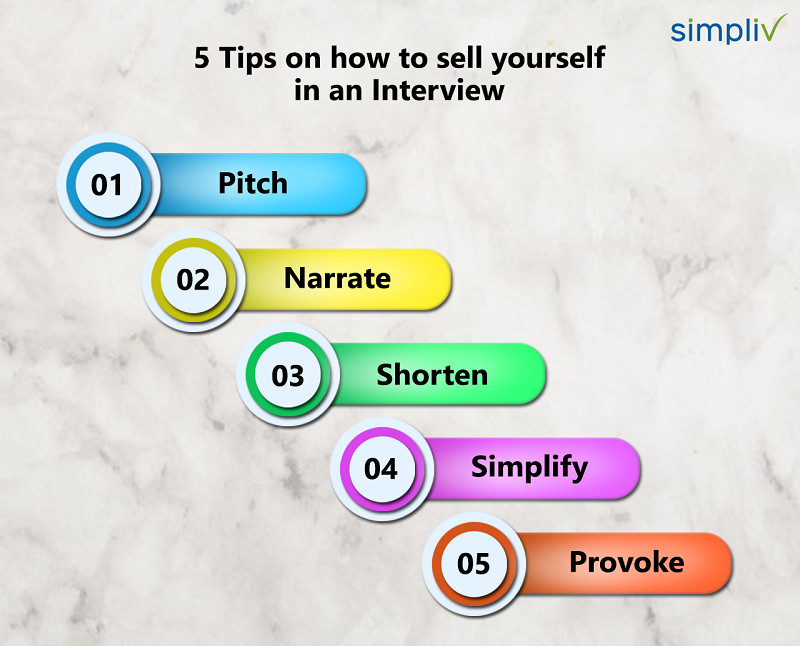 Be objective about your accomplishments and don’t downplay them by using expressions like “oh, it was nothing” or “it was a group effort.”

Focus on your accomplishments, not your personality. For example, even if you know you’re smart, explain what you’ve achieved by using your smarts instead of stating it as a fact.

8. Not asking the right questions at the right time

Asking questions is a sign that you’re engaged in the conversation, and you want to learn more about the job opportunity. But make sure to ask your questions at the appropriate time. Your questions should be on topic and show your interest in the job.

Questions about company culture, the job itself, and what an average day is like are examples of relevant questions, as well as anything that pertains to what the recruiter just said.

On the other hand, avoid asking about salary and benefits too early. This is usually best kept for a second interview.

Pay attention at all times and avoid zoning out throughout the interview.

If you know this is going to be a problem, make sure to get lots of sleep the night before to help. Eat a good meal beforehand and drink plenty of water to put your best foot forward.

Some questions won’t just be about your skills and resume, and you should be ready to answer them.

Have some answers ready for common interview questions like:

Your answers should be honest, not just formulated to give the recruiter what they want to hear.

11. Not following up after your interview

Remember to follow up via email to show that you’re interested in the position and thank the interviewer for their time. A thank-you note or thank-you email will help you stand out from the other job candidates and provide a good impression. Not doing this won’t necessarily cost you the job, but it helps to show your appreciation.

Don’t follow up again until enough time has passed. If the recruiter said you would hear from them two weeks from now, wait two weeks before a second follow-up.

Nail your interview by avoiding these interviewing mistakes

Now that you’re aware of the most common interview mistakes you can make, you can be proactive about it and nail your interview. Be prepared, be professional, and show interest, and you’ll be on your way to avoiding the biggest interviewing mistakes.

Looking for your next dream job? Find more interview opportunities during your job search by signing up for Jobcase.

I have a question. Most of this made sense to me, but the part that confused me was this part: "If you show up too early, you should avoid entering the office and introducing yourself right away since you don’t want to seem too eager." Why is seeming "too eager" a problem? I mean, showing up 4 hours early would be extremely weird, but if you show up 25-30 minutes early instead of 10 minutes because you commute via bus and you wanted to err on the side of being early vs taking a later one and being late, or maybe you just wanted to get a feel for the place before you began your interview, I don't understand why this would be a big deal. The especially confusing part about this is the latter half, as we are told that employers would want someone who was eager and enthusiastic about working for the company (which makes a lot of sense, as they'll tend to do the best work, or at least put in the most effort). Perhaps "eager" was meant to be synonymous with the word "desperate" (which is not a perfect synonym, but related to some extent) as opposed to being ambitious and passionate?

Ask about learning opportunities during the interview process it will show that even though you are older you are willing to learn new skills and not set in your ways. Turn the age issue into a positive stressing loyalty commitment & eager to work.

Even though it is never mentioned how do you address ( avoid) or turn into a positive the age issue?

Having trouble finding a job? You could be making these mistakes

The interview mistakes you're making

Ace your next job interview - 12 things to avoid saying

Top 15 interview tips to make a good impression get hired

Soft skills to land that job

5 Mistakes to avoid after being laid off

How to talk about weaknesses in an interview

Why you should bring your resume to an interview