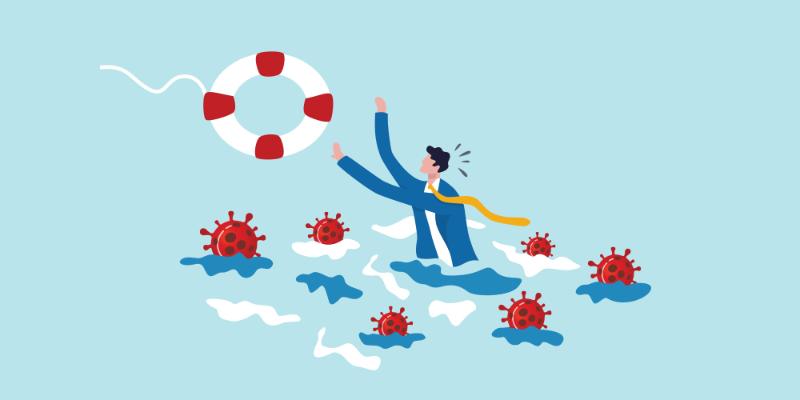 A second stimulus may be coming soon. Here's what could happen...

When the CARES Act was passed in March, it was unexpected that the #Coronavirus pandemic would be affecting the economy four months later. And while the one-time $1,200 stimulus payment was undoubtedly generous, for many it is unlikely that it has covered expenses from the spring through to now.

With the additional $600 Unemployment Insurance boost in its final week and eviction protections for millions of renters expiring, people are relying on Congress to pass new legislation to provide financial assistance. After much back and forth, there are now two significant plans hoping to be passed in the coming weeks to aid Americans.

Presented to the Senate on July 27, it is currently being debated, and will need Senate approval before going to the President’s desk for a final signature so it can be enacted into law.

They are key differences and highlights to this new proposal, and the proposed $1.1 trillion stimulus package will provide:

Some notable differences between the CARES Act and the proposed HEALS Act are the age limit on dependents and assistance provided to non-US citizens who have filed taxes in either 2018 or 2019. Non-citizens must pay taxes and otherwise comply with federal tax law using an individual taxpayer identification number (ITIN) instead of a Social Security number to qualify for a payment.

The HEALS Act does not address protections or temporary pauses on evictions, but it does include

The $3 trillion dollar proposed HEROES Act passed in the House of Representatives in late May, but has not been added to the Senate agenda.

It called for an additional $1,200 payment to individuals, and expanded unemployment benefits, including the $600/week boost, for most workers through January 2021 (for gig workers through March 2021). It is unlikely to be debated in its current form.

Right now, Americans are reliant on a government plan that will help soften the financial stressors. Senators and legislators will need to move quickly—before August 7—the last day before the Senate is set to break for its month-long August recess.

Debates are set to continue this week. House Speaker Nancy Pelosi (D-CA), President Donald Trump, and Treasury Secretary Steven Mnuchin all said they’re optimistic another bill will be passed in early August, with payments being sent out or deposited by late August.

YOU have a say in this matter, and it is important to contact your local state representatives and elected officials to voice your opinion about crucial stimulus plans.

What are your thoughts?

Do you think that another one-time payment is enough?

Stimulus payments should not have gone to everyone. It was presented as a gift to all but the reality..... It was given to boost the economy, period. Sadly, the people who needed it the most, those who lost their jobs w/ no chance, STILL to return to work haven’t received the first stimulus nor did they begin to receive state unemployment OR THE 600.00 (both taxed) for months. So something needs to be done about the truth. The facts are not being told as people are systematically NOT cared for. Currently 28 million are unemployed, uninsured and their is no way for them to find work. 5 million jobs available for a few weeks? Then back into a system that is working from home, also laid people off, and have no way to process the mass numbers of unemployed. State’s don’t have the means to support this..... So who do we attack? The Americans who need our help. Now, family, parents are supporting their adult children & families (those lucky enough to help), either housing or providing $. In my case both. Every time I hear that people are choosing to not work I want to SCREAM. The upper middle class, the TRUMP supporters (I was one) judging vs thinking, logically, what the big picture really is.

Yes this $1,200 isn't enough plus the thing that people don't realize is the stimulus is a load against your federal income tax read the bill!!!

I think 1,200 is good, but what then. In most cases that only covers 2 months rent. We need a more permanent solution.

I agree with Danny🤗 we need a more position for everybody. Who is eligible, I read that you guys wanted to extend the unemployment situation which is great! But it also excluded people who make less than $100 dollars are excluded who are most likely won't working are excluded I make less than 100 but I'm married and things arent working right now most likely going to divorce I will hope to get more due to every situation is different how will I survive?

I agree with a lot of the other commenters. I still have yet to receive the first Stimulus Payment. I contacted the IRS and they told me that their computer system screwed up from around the late middle of May till the end of June. That the payments have started back up, and anybody that hadn't received a payment will receive them on or before the 22nd of September. Though that's to be seen too. I know over 800 people that i have talked to, that have yet to still receive their first stimulus payment. Every person that I meet I ask them if they received their payment. So far it works out to 1 out of every three people I have talked to have received a payment. Those are terrible numbers. If those numbers hold true, to everywhere else in the country, (I'm in Southern California), only about One Third to half the people out there have received their payment. Shame on The IRS and the government. They seem to not care about this problem because you never ever hear anything about the people who are still waiting on there stimulus payments or this problem any where or from any news agency. It also seems that these people are the ones who need it most too they tend to be low income and Single parent families. That is a travesty and unacceptable. The first priority of our government should be making sure everyone has received their payments, before starting to send out second stimulus payments. I hope I am not the only person who fells this way, I have sent letters to my Senator, Congress people the President and the vice president. I have sent 3 letters over 45 day period not one response from any agency, Shame on them. I hope other people agree with this that Democrats and Republicans Politicians From Both sides have let us, American Citizens down once again. And, again it looks like the people who do all the hardest work, the people who have it hardest are the ones they completely forget about. I hope I'm not the only person who fells like this.

Anthony Kroo- No your not the only one who feels and see this! But I can assure you that come election day those who took part in this will pay dearly for their incompetent and We The People have tge last say so! Godbless!😑🇺🇸👍

No. That 'might' get us through 1 month however we have no kids still at home. What about the families with kids? That won't even be a dent in their costs.