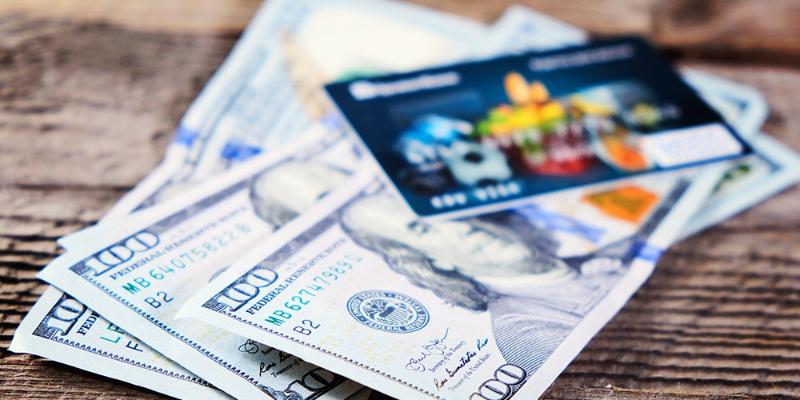 With #Coronavirus cases spiking rapidly throughout the country, many states are rolling back opening phases and reinstating stricter guidelines in an attempt to safely reopen the economy and get America back to work.

Over 159 million American’s have received the one-time payment, yet millions are still gravely affected by the pandemic and remain unemployed or furloughed. With the Senate headed into a recess in August, it is imperative that an additional stimulus package is approved and passed. Earlier this summer, the prospects of another stimulus package were slim. But on July 1, when asked about whether or not he supported a larger stimulus check or greater unemployment insurance, President Trump replied, "I want the money getting to people to be larger so they can spend it. I want the money to get there quickly and in a non-complicated fashion."

Right now, there are many options for continued relief the government is looking at. Here are the stimulus plans that are currently under review:

The HEROES Act, which was passed last month in the House of Representatives, offers a larger stimulus payment than the previous CARES Act. Under the new legislation, each member of a household would receive a one-time payment of $1,200. For instance, a family of four whose parents earn less than $150,000 would receive a one-time payment of $4,800. The income thresholds would remain the same as with CARES Act, meaning that single taxpayers earning less than $75,000 and married taxpayers earning a total of $150,000 would receive the full payments.

Plans that pay for going back to work

There are currently two proposals that incentivize individuals to get back to work:

The most recent proposal was introduced by Florida's GOP Senator Marco Rubio. In this legislation, he pushes to provide aid to mixed-status families, allowing people who filed tax returns with non-citizen spouses to receive the $1,200 check. Almost 15.4 million people including mixed-status families were excluded from the first round of stimulus payments.

Passed into law in March, the CARES Act provided an additional $600 per week on top of regular unemployment insurance —or $2,400 monthly to the millions of American’s that have filed for unemployed or were furloughed due to COVID-19. Currently, there are 19.5 million Americans actively receiving this bonus and it is set to expire on July 31, 2020.

Many Democrats in Congress continue to push for an extension of unemployment benefits and have made them a key part of greater initiatives and stimulus proposals. Congresswoman Nita Lowey (D-NY) would extend the Federal Pandemic Unemployment Compensation to Jan. 31, 2021.

The Worker Relief and Security Act that has been proposed by Sen. Michael Bennet (D-CO); Sen. Jack Reed (D-RI); and Rep. Don Beyer (D-VA) would extend unemployment benefits until President Trump declares the state of emergency for COVID-19 is over. At that point, benefits would continue for another 30 days and then expire. Those still qualified for unemployment would receive a reduced unemployment benefit for the following 13 weeks, as defined by the unemployment rate of your home state.

When will lawmakers decide?

While the White House and Congress outline their proposals, it won’t be until later in July that lawmakers are expected to begin solidifying the details of a second stimulus package. The final proposal may or may not include a second round of payments for individuals and families.

Bottom line:
You have a say in this matter - and to voice your opinion, contact your local state representatives and elected officials and tell them what you'd like to see happen.

What do you think? Would you rather get a bonus for finding a job, another stimulus payment, or do you want the government to extend the $600/week until the end of the year? Share your thoughts in the comments below.

My pay prior to furlough was too high to receive the stimulus but since being on furlough, the $600 a week additional has been incremental to my being able to cover my living expenses. Now that it is gone, I can no longer afford my living expenses on unemployment alone. I have been in the hospitality industry for 25+ years and although I am looking for a job while still technically on furlough, there aren't many jobs to be found.

I haven't worked since April 1st. My employer gave us a choice to stay home or to work. I stayed home due to me being my daughters only living parent and we bother suffer from respiratory diseases and she also has a heart condition. So I called my boss the middle/end of June and told him I was ready to come back. He not so politely told me they downsized our office due to the pandemic. So I have been adamantly searching for work as I do not want to be a freeloader as some of you have so kindly said. This is my first time ever drawing unemployment in my 28 years of being in the workforce. So yes I could definitely use whatever stimulus the politicians decide to go with, whether it's extra unemployment or a bigger stimulus check. Either way I will be able to keep the only home my daughter has ever lived in.

Single mom here....cant get child support bcuz my kids father gets SSI/SSD.......this has taken a toll on me and the kids....had to also quit my ko

I'm confused why my weekly report letter says not valid due to your self employment .not processed it says when I look up my status for UI?

We need to extend the $600 payment until January 31 I don’t understand this politician telling us to go to work there is no work out there !!! for the service industry