Interview Question: Tell me about a time you handled a difficult situation

You'll definitely encounter this question during your next interview, so make sure you know how to answer it!

Your example helped me to phrase mine. Thank you!!!

I agree that this is a predictable interview question. When I encounter it I offer a fairly neutral problem that I've encountered in the workplace and that also had a positive outcome from all sides of the issue. Just enough detail so they can tell it's real but not so much so that it might draw more attention to itself while interviewing.

I got this question during an interview for a job which unfortunately I did not get. Involved a situation where I was asked to complete a project but felt I was not getting enough management support. My manager seemed to be washing her hands of the situation and told me to figure it out. Anyway, a very common question so be prepared to get it.

When I work at the hospital I'm Medical records,the daughter came up for the funeral home for her mother's funeral.She keep calling me to find out if the death cert was signed I said to her that as soon as it was done I would let her know.She called me 4 times and said that if the cert wasn't signed, She was going to call the president of the hospital.I called all over looking for the doctor and final he called me back and said he signed it electronically in the system.I called back the funeral home and told them that it was signed.It took me about 2 hrs to resolve this issue.

I have been in a difficult situation before and the situation is that this I was a room attendant and I went to Teddy a guest room when I went to the guest room supervisor request was thick all bread spread once guess check in in the morning when you came to work or when I came to work I must take all bedspread off the bed and put it in the closet I made the bed as normal as you can and I change the sheets and I fold the spread and put it in the closet after finish doing that I tied to the guest room and when I'm finished I close door and came out and went to another room when I'm on my way to the next room the gift stop me and said to me where his Earth bread I need my Sprint on my bed I reply to her madam please my supervisor said all spread must be taken off the bed once the guest is checked in the guess was so mad at me I don't know what to say she could even start to calling me bad words and she went to the front decks I went to The supervisor office and complain about me that I was being rude to her and I almost lose my job soul guest telling lies because they don't get their way on hotel premises and yes I know that guesses have the right to complain but I think the next time I guess come to me I wouldn't know what to do that is my difficult situation I have ever been in working as room attendant cleaning hotels rooms toilet and etc. 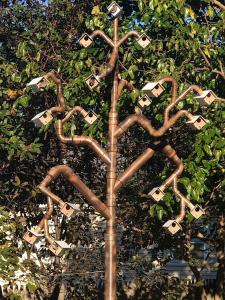 I have gotten this question lots, but it usually has to deal with a difficult person rather than a situation.