I have been working for the last 3 years in property management. I am 60 years old, and can't get a permanent position. I have worked for a temp agency, been told I do fantastic work, but getting a full-time permanent position, I am never offered. The other evidence is on-line when you apply for these jobs, they are asking your birth date, and when you graduated from high school/college. Why does this matter, if you are healthy and willing to work pass 55 years old. They, I guess, assume you are ill because you are older? Makes no since, if I work out, look younger than I am, and live a clean life! Wonder how many young people can live up to that! If you are qualified, and are reliable, and do a great job, why should that matter? I will continue to to apply for jobs, and wait for someone who has dealt with the younger generation, and see that many do not have good work ethics, in-experience, and some really don't care, they just want a pay check! Now, it is not fair to say this about all young people, but that does exists. I can only hope that in the future, because I choose to continue to work, that I will find an individual that will judge me based on what I can bring to the table, and not how old I am!

God bless you, it's not how you start out, but how you finish! Victory is yours in the Lord, pray God can and will make a way out of no way! Never go by what you see it's what you say! Walk by faith!

Hello Cynthia, you and I are the same age, roughly. I am a bit older. I have been asked my birthday and year I graduated on every application that I have ever filled out, even at age 16 when I applied for a fast food restaurant, even at age 18 when I went to work for a meat processing plant, even at 23 when I went to work for a tire company. The point is, I don't see how this is proof of age discrimination. I see many young people who work for temp. Companies and complain that they don't get offered full time positions. I do know that age discrimination exists but, I do not believe it exists everywhere. As I said, I am just a bit older than you and I always get the job that I apply for. My work is very physical and I demand a much higher salary than a younger person would. I have found that I have slowed way down compared to what I could once do. So, if age discrimination is as bad as everyone is claiming it is, why have I not encountered it? The closest I have ever come is, the owner of a company actually questioned my ability to do the job because of my age. He came right out and said it. Well he hired me anyways. I have been involved in management and hiring for many years. There are many factors that go into picking a person for a position. The ability to do the job is only a small part of the overall choice. Once you narrow down the field, all the candidates that are left, have the ability to do the job. After that, you have to figure if the pay they are asking for, fits in your budget. Then you must consider how long will the candidate stay if they are picked. Typically, an older candidate has to have a higher income, if you don't have the ability to give them that income, they will leave the second they get offered more. Now your back to going through the whole hiring process again. The hiring and training process is very expensive and very time consuming for a company. So in many cases, a company will be more inclined to hire a younger person for this reason. Is this age discrimination? In a way, yes it is. But in a way, it isn't. It really has to do with the company trying to do what is best for itself. There is also the old saying that you can't teach an old dog new tricks. This is a very true saying, when you hire an older person, they are very set in their ways, they are very resistant to change and will often refuse to change even bad habits. Where as a younger person is more open to adapting to the ways a company wants things done. I see on here all the time, older workers saying how companies don't want to pay for more experience and better work ethics as if all young people are terrible at working and all older people are the greatest thing since sliced bread. I will tell you right now, I have seen plenty of older people that are crappy workers and plenty of younger people that are great workers. Some younger people with less experience that do a better job, are more reliable, and really care more about perfection than the people they replaced that had way more experience. They also are happier with less money.

I agree with you totally !!

Unfortunately, there are many people that work for pay check not because they want to work, and those are the people that are hired. Bur, don't worry that, the little bowl turn around. Just pray....

Ms. Powell, Do you want to win? Yes [ ] or No [ ] Then, understand this life-changing principle. "Whatsoever a Man/Woman Thinketh, So He/She Becomes."

You are "attracting what you believe, which denies what you should receive."

When you're ready to reverse your outcome, feel free to follow-me and contact me within 72 hours. I can assign one of my associates to show you to get to the next level.

Your case is relatively an easy fix. Because it's based on "Your distribution from life, is in direct proportion with your contribution in life." Somethings become trapped in your thinking mechanism. 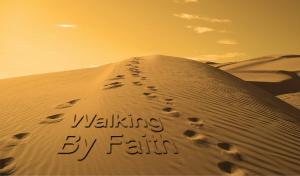 They know young people are more willing to work for peanuts and are more easily manipulated.