I loved that #Hertz offers its employees...

Doing trafic and closing at the same time

I wanted to do my 50th Birthday at the time in Disney world Florida, and my plan was as I did before leaving London, having booked a flight including my son with British Airways, aiming to drive up to new York, to pick my mum up, and I had my plan driving from Baltimore to New York, and then drive to Vancouver in Canada to fetch my daughter, who was just less than ten days in Canada at the time and I had planned to drive both my children and my mum from Vancouver to Florida.

But to my shock when I got to Washington DC, on a BA flight from London and I asked the British Airways car hire with hertz, rent a car, where it was booked and paid for, before leaving England, where is my car hire?

But they claim, I can't take the car I paid for that British Airways will refund me, when I get back to London,. I was so shocked that my dream birthday plan had been shattered by British Airways. And it hertz rent a car,.

I tried with what holiday fund I got to try and still hire, another car there and then I'm DC, but there wasn't one that wasn't going to rock my budget, so, I decided if they charging me more than my return flight ticket from London, to car hire, I'll give it up,.

So I took rail to Baltimore and called my mum of my dashed plan, that I'll take the train to still go see her, I stayed the night in Baltimore and rung my daughter sharing my plan, then I went to the hotel cafe to find something to eat, only to be asked by the hotel manager why the long face?

So I shared my shattered birthday plan to had include, my mum and my daughter and the manager said I might not be able to reactivate your sweet happy 50 plan, but, I sure can get you a car hire still for a day,.

And so he got me a car to use for the 19th -September and due return on my birthday the 20th, and I couldn't afford to hire a satellite navigator, so the same hotel manager got me a printed Road map and a journey planner from Baltimore to New York to and fro,.

And so, I drove from Baltimore with my son, who was giving directions and I indeed saw my mum and explained my shattered dream birthday, she was shattered too, I had to cancel the New York booked hotel stay for us three, given I had to return the car next day,.

Mum was sorry and I was sorry, but I got to return the car to Baltimore by 12,noon next day, my birthday,.

So I hug mum saying I drove all way to see you, shared my plan and how I couldn't get another car given I arrived on the 18th, and was meant to have the car I booked and paid for through BA-Connected hertz rent a car, rental for a week and now all that's shattered,.

So hugged mum, close to tears, and knowing if I dared drove her back to Baltimore with me, she will have to return to New York by herself, and she is aged and asthmatic, and in all my visits to her, I had never left her to travel back by herself, I couldn't risk her travelling on her own just to have a nice birthday, plus my daughter rung me to just stay in Baltimore and enjoy my birthday, and quit my birthday big driving plan, to go see her in Vancouver, since I didn't get my car hire for a week that I paid for,.

And so I was resigned to see mum, briefly and return the car to Baltimore, on my birthday which happens to be on a Sunday, 20/09/2009, as I was born on a Sunday too,.

I reluctantly left mum and drove back from New York back to Baltimore,.

I drove all night literally, I clocked 50th years young on the road driving, that was great as driving is one of my favourite things and delights me, despite my shattered plan to had included my mum and had my birthday in Florida, but, y loved ones were in New York and Vancouver and thus why gathering them in one place to attend my birthday had me up and arms, literally, anyway I arrived back in Baltimore around 10:00am.

And I drove back to Enterprise motor to return the car, I hired,. To my utter shock, Enterprise Motors, knew it was my birthday, and as I returned the car, the moment I handed then back the car key, they handed me an birthday cake and coroused "Happy Birthday Helen" it was incredible,.

I was completely overwhelmed with pleasant surprise, form Enterprise Motors of Baltimore,.

I ate the cake they gave me telling them I got my birthday cake I bought from England in my baggage, thank them and left, back at my hotel, I freshened up, and went to the local church, there was a hotel shuttle that took me to and fro,.

That driving from Baltimore to New York and back in less than eleven hours has got to be my most incredible car driving journey, and to this day, I would still like to drive from New York to Disney World Florida, but now, I'll just have to drive in England for now, since I scrapped my last car from old age and old engine problem,. #My2018Drives 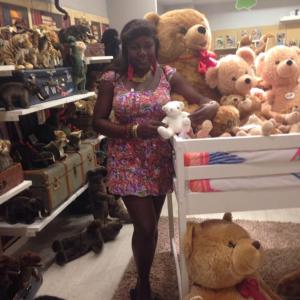 The biggest mistake I made as a #Locationmanager at #Hertz ...

Writing a bad contract. I had a friend who's grandfather was dying so I helped her rent a van so her and her family could go say goodbye. In order for them to afford it I waived the additional drivers fee and applied a coupon to her contract. Almost a month later I was let go because they say it was fraud. Even though the company is all about customer service and going the extra mile I was let go. I stand behind my choice as it was an emergency situation and I have done it for several customers before, and never reprimanded for it nor told I was doing the wrong thing. Just shows this company will overlook or ok something until they decide to use it agaisnt you. I begged and pleaded for 3 days trying to save my career with no avail. I was a great asset, helped raise moral, customer service scores, and revenue increase. Unfortunately, standing up for what's right and having a backbone agaisnt management bullies put a target on my back that finally caught up with me.

Hertz car rental is now going through a nationwide restructuring. Hiring thousands of hourly and upper management across the nation. Nearly every airport Hertz location is doubling their staff. I've been with the company for 2 years now. Long hours but incredible benefits and competitive pay.

Hertz are scam artist. I have several friends who all claim that after returning the car, Hertz accused them of wrecking the car, as they did me and my wife and then filed a claim against our insurance company. We of course had to pay the deductible. I don't want people to lose their job but I have no love lost for unethical organizations. I have never rented from Hertz but decided to try it for the first time. Once scam is enough for me. I encourage my family friends and co-workers to beware if they rent from Hertz.

Glad to here it! OJ Simpson, once did COMMERCIALS for HERTZ! Usedta jump over cars, n' stuff!:-).

My advice to people interested in working at #Hertz as a #Emergencyroadsideservice ...

I liked working for Hertz , because the hrs are flexible , pt or ft wrk 7 days a week 365 days . The coworkers their are very nice , of all ages and race men and wemon . We watched out for each other .

The ability to assist customers in their rental car needs, meeting new people via phone...the hours, the pay and the benefits.

Does Hertz rent a car have any transporter jobs out of the hole office?