Community Specialist
Follow
Am I underpaid (and what should I do about it)?
Last updated: June 23, 2022
Rochelly Fajardo

So you’ve just landed a job — congratulations! You’re starting to gather more experience in the workforce and getting regular paychecks for your hard work.

But what if you’re not receiving as much compensation as you think you should? When you’re not aware of the usual rates for your industry and your position, it can be difficult to know if you’re being compensated fairly, especially because some people see it as taboo to bring up your wage in a conversation.

Many workers make the mistake of accepting any wage at face value because they’re grateful just to have a job. But your employer is just as lucky to have you working for them. Without workers like you, they wouldn’t be able to keep going.

Have you ever asked yourself, “Am I underpaid?” Let's uncover what that means, how you can find out if this applies to you, and what to do about it if you aren’t getting paid what you deserve.

What does it mean to get underpaid?

Some people get underpaid more often than others. For instance, women earn 84% of what men earn on average.

10 signs to watch out for if you’re being underpaid

Think you’re being underpaid? Watch out for these ten signs to figure out if you’re right.

1. The company’s profits are growing (but your salary isn’t)

If the company is making a huge profit and shareholders are receiving large dividends, you should expect a raise — unless you’ve explicitly been told you’re not performing well. The company has the means to provide you with that raise but has chosen not to.

One of the best ways to find out whether you’re underpaid is to search for other job listings that fit yours. You can use Jobcase to do these searches.

Not all job listings publicly show salary information. But some companies specify the salary range to be transparent with applicants.

Use that information to gauge where you fall in that range. It’s possible to fall slightly under the average range depending on your qualifications and education level. But if you fall far below what you see on average, you’re probably getting underpaid.

Make sure you base your assumption on more than one job listing. Some companies pay everyone more on average than others. If you find one job listing that states a higher salary than yours for the same position, it isn’t enough data to confirm anything yet. 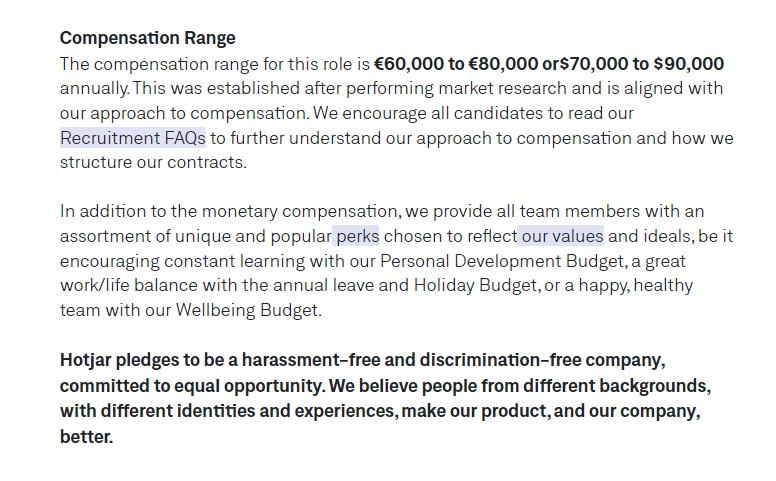 3. Colleagues with similar responsibilities and experience levels make more than you

Compensation for your job should be based on a variety of factors, including:

Different companies can pay varying ranges of salaries for the same positions. But within the same company, salaries should vary based on the above points. They shouldn’t vary based on your age, gender, ethnicity, physical appearance, or anything else that defines who you are as a person.

To find out whether you’re underpaid, compare what you’re making compared to what your colleagues with a similar background are making. For instance, it’s normal for a colleague who has more responsibilities than you to be making more. Someone who has five more years of seniority in the company than you could also be making more.

But if someone else who has similar responsibilities, experience, education levels, and seniority makes much more than you, this could indicate you’re getting underpaid.

4. Your responsibilities increased (but your salary hasn’t)

5. Your performance hasn’t been reviewed in more than a year

You should expect a performance review at least once a year. This isn’t just to get a raise. It’s also to stay aware of how you’re evolving as a worker.

If there’s nothing wrong with your performance, you should at least get a small increase in salary to keep up with inflation. If your salary stays put year after year, you’re underpaid.

6. You have fewer benefits than your coworkers

Compensation for your work isn’t just your wage. Benefits are part of it too.

With that in mind, you should be getting similar benefits to your coworkers unless you work under a different contract. Anything less is a sign that something’s off.

7. The turnover rate is high at your place of employment

A high turnover rate means people are unhappy with your employer. They’re seeking opportunities elsewhere. While this isn’t proof that the company underpays its employees, it could be a good indication.

But if you’re only receiving these small raises year after year despite positive performance reviews, you’re likely getting underpaid. Your seniority and increased experience over time are worth something. 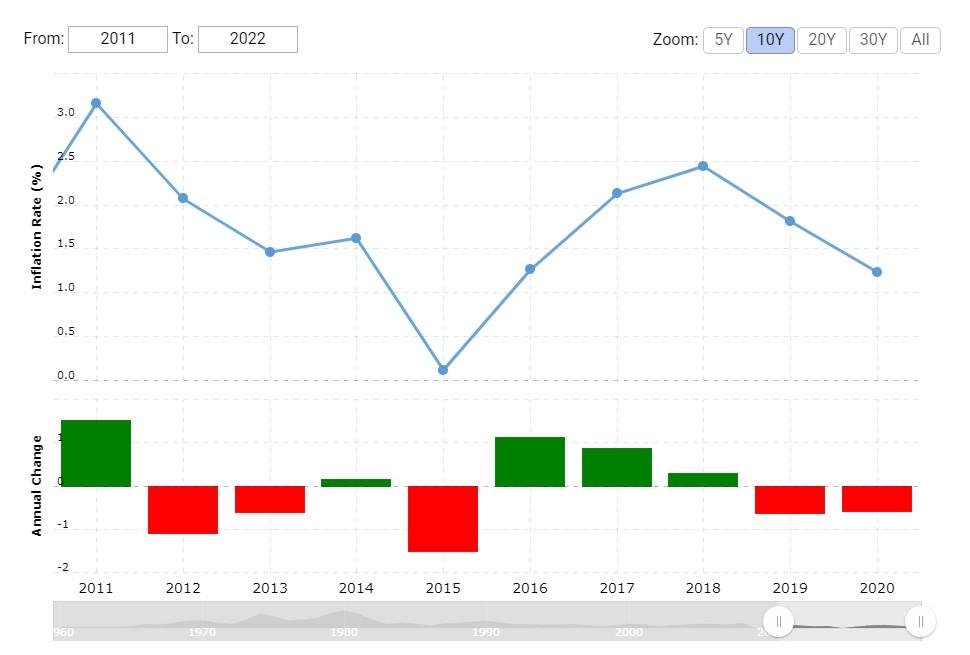 9. You find it difficult to discuss your wage or career path with your manager

Do you notice your manager dodging or redirecting the conversation entirely when you try to speak about your wage or career path? If so, there’s a chance your employer is underpaying you.

If your company values you, you should have a right to have a conversation about your future and your career.

10. Online resources show higher wages than yours for the same occupation

Glassdoor, Payscale, and similar resources aggregate data from hundreds of people to work out average salaries for all sorts of jobs. If yours is lower than average, you’re probably underpaid.

You can even start a conversation on Jobcase to ask other people in your community what average wages look like for your position. You could learn a lot about your industry by doing this.

How to start getting paid what you’re worth

Let’s say you just discovered you’re getting underpaid. What now? Here are seven steps to start getting paid more.

Before you confront anyone about getting a raise, you’ll need to gather evidence that you’re underpaid to make your case solid. Start by compiling data about average wages for your position. The more examples you can find, the better.

Gather any evidence of your performance as well. If you have past performance reports with positive notes, those will work great. But testimonials from your colleagues can work too. Plus, if you work in a customer-facing role, take note of any positive comments you receive from customers you’ve come across.

2. Find out how you intend to help the company in the future

Before you ask for a raise, it’s important to figure out what you mean to the company. To do this, make a case for what you’ll achieve for them in the future, not just what you’ve done in the past.

How will you develop your current skills further? How will that impact the company, your colleagues, and the company’s customers?

3. Consider what you’re asking for

Know what you want before you open up a conversation.

How much do you want to get paid? What else are you willing to accept as compensation? Would more benefits or fewer hours for the same pay be acceptable to you? Also, what’s the minimum you’ll accept?

If you’re prepared ahead of time, you’ll be able to present your case with confidence.

Part of getting a positive answer when you’re asking for a raise is knowing when the time is right.

There’s no “perfect” moment to have a conversation about money. But there are wrong moments for sure. For instance, don’t ask for a raise if your manager isn’t having a good day. Or avoid making this ask right after a round of layoffs. If people recently lost their jobs due to budget cuts, you’re unlikely to get a raise.

Schedule a time for a meeting so everyone can be focused on the conversation. If you try to intercept your manager while they’re busy doing something else, you may not get the result you’re looking for.

While they could say yes, they could also get annoyed because they have a lot on their plate, or they could find it difficult to focus on the conversation and try to avoid the topic.

Always approach the conversation calmly. Make sure you’re not aggressive or angry when you make your request, even if you feel that way. Find ways outside of work to deal with that anger.

During the meeting, stay calm, professional, and pleasant with all parties involved. If you don’t get the answer you’re looking for, it’s okay to be disappointed but remain civilized.

Walk into your meeting ready to negotiate. If they refuse your first ask and suggest something lower, have a counter offer ready.

Your counteroffer can be a lower amount than your first, or it can be a different type of compensation. For example, maybe you’d like to work slightly fewer hours without docking your pay too much so that you can find a side hustle. 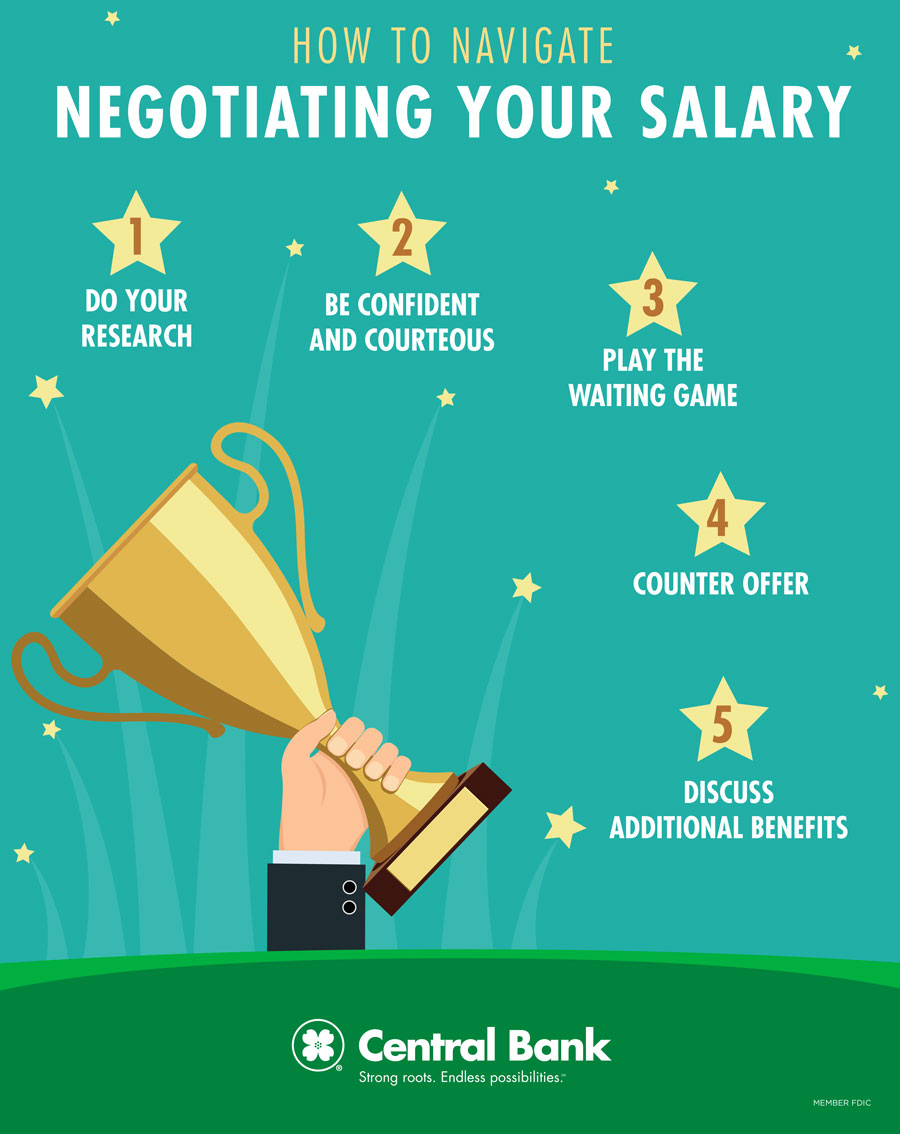 7. Start looking for work elsewhere if you can’t get your raise

Keep in mind that your manager may say no to your demand for a raise. Even if you’ve taken all the previous steps, you may get every ask and counteroffer refused.

This doesn’t mean that you have to carry on and accept the decision. Start looking for other positions if you’re unhappy with being underpaid.

While you look elsewhere, continue doing your job as you normally would. It’s important not to burn any bridges, even if you’re unhappy with the situation. You never know how your contacts at your current job could help you with a better opportunity down the road.

Know your worth and get paid for it

Landing a job isn’t always easy, which is why it’s so difficult to ask for a raise when you discover you’re getting underpaid. The great news is that you can always look for work elsewhere.

Sign up for Jobcase to grow your professional community and find job opportunities that will pay you what you’re worth.

You put 110% efforts to work and do it well even completing your duties ahead of time. You end up getting additional responsibilities to your work with no increase in pay. Sometimes I think it's good to pace yourself. In time you will be asked to complete other tasks. In the mean time complete your work on time and always know the company watches you.

You put 110% efforts to work and do it well even completing your duties ahead of time. You end up getting additional responsibilities to your work with no increase in pay. Sometimes I think it's good to pace yourself. In time you will be asked to complete other tasks. In the mean time complete your work on time and always know the company watches you.

How to Know If You're Being Paid Enough?

8 different reasons for a pay raise

Cost-of-living raise: What is it, and how to ask for it?

How to Negotiate Pay After Getting a Job Offer

The pros and cons of salary vs hourly pay